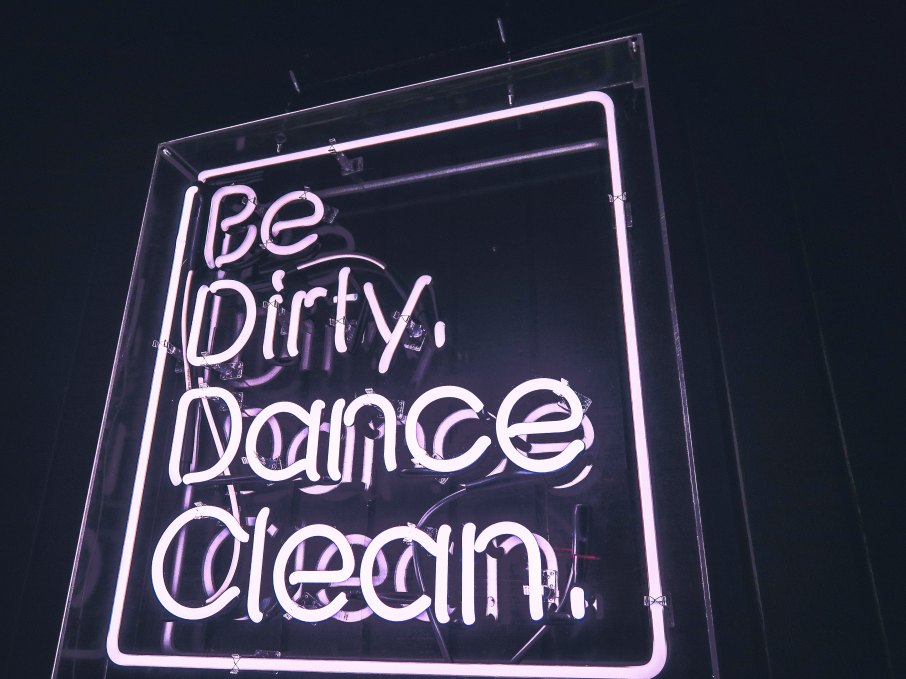 The second he said Sydney I knew it was him, and without missing a beat, I started spewing as many words and questions as I could get in over the music and before I lost his attention.

“Is your name Shaun? Are you a pilot? Did you date Aidon? I know Aidon!”

And then I started to tell a bit of my story, flying to Australia, falling in love, the cheating with Danny, and being left to return home alone.

We made our way to the bar, away from the sweaty bodies and pulsing music, where he bought me a drink as we started to compare our stories. We found a lot of inconsistencies. Aidon told me Shaun cheated on him, but in reality, Aidon cheated on Shaun. Leaving him to go back to his previous boyfriend, similar to what he did with me and Danny. Shaun apologized to me for what Aidon did and I apologized to him in return. It was like we were giving each other that apology that Aidon would never give to us, and in a weird way, it helped me release any lingering feelings I might have been holding on to.

We then Facetimed our friend Jacqui because she would never believe that we would have met in the most random bar in all of LA, and while on the call, Shaun leaned over and kissed me. I don’t know what his intention was, maybe for her to relay that message back to Aidon, but I didn’t mind. Maybe a part of myself wanted to get revenge too, but more importantly, I thought he was so cute.

Shaun’s sister approached us drunk and ready to leave. I didn’t want to say goodbye, and lucky for me, neither did he. When he stepped outside to hop in an uber with her, he text and asked me to tag along too.

“Nothing suss,” he proclaimed, “I just want to keep talking.”

And the thing was, I did too.

I told my best friend where I was going, leaving her in the arms of a beautiful tall stranger, and then I was off into the cab with someone who felt like a little piece of home.

After we dropped his sister off we began walking through the streets just talking. We’d occasionally touch and hold hands with kisses sprinkled like stars blinking in the night. I knew this wouldn’t last, how could it? This was my exes ex and yet again, someone who didn’t live in America. But as we walked passed window display we began to floor plan a future for us that we would never live. We picked out sofas and rugs and bathtubs and lamps. He promised me a library and a balcony overlooking the ocean, and walls lined with the worlds gaudiest tapestries. We laughed and we kissed and we allowed ourselves to just get lost together. It felt nice, and although I knew none of it was real, it was nice to pretend that it was. It felt so carefree, and I wonder if that’s what love should feel like. If love should feel like kids playing grown up and house.

I asked if he had a special someone back home, and of course, there was someone he had a crush on. His name is Sam, but the way he described him his name might as well have been Aidon part 2. Shaun and Sam had been talking for a few months and Sam wasn’t progressing their relationship. He refused to define it and would rather have kept Shaun in limbo. I know I didn’t know Shaun, but I knew he deserved better than that. Aidon put us through hell, so it made no sense to me that he would allow someone else to make him hide his feelings.

As we got closer to sunrise it was time for the magic to end. We had to wake up and come back to reality and leave behind this romantic fantasy we were playing, but these are the moments that make life feel amazing. Because we were just strangers, but our hearts, they were already friends.

I knew after tonight I wanted to see him again, but were my intentions romantic or friendly? I couldn’t figure it out. Because of course I thought he was attractive, but we also had such a unique story I just wanted to be friends and get to know him more. But despite what I was feeling what was he feeling? Did he think this was as magical and serendipitous as I did or was he a realist and to him this was all just one unmagical coincidence?