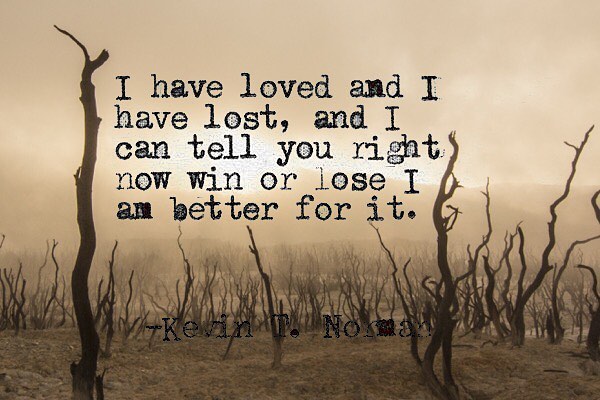 So today I went on a hangout/date with this guy named Raul who has been trying to take me out for a few years. I’m not sure why I never pursued it, I mean he’s cute and very nice, but after tonight I can tell you we will never be anything more than friends.

I went out tonight for 2 reasons. 1) I ran into him the other day at the bar after having already bailed on him asking me to dinner and 2) I want to get over Shay and just experience new things.

We decided to have sushi for dinner, but he had a hair appointment scheduled and he invited me along. I don’t know why I went. Hell, I don’t even like getting my own hair cut. But I was like, “Okay, I’ve never had a date where I went with someone to get a haircut.” Let me tell you, it’s fucking boring. Raul is so concerned about his hair and premature balding that he opened up to me about getting injections to make his hair thicker. I care about my hair too, but definitely not to that extreme.

His hairstylist was an attractive 43 year old male who was asking Raul for some dating advice. Apparently he always dates younger men, but recently he met a 55 year old that he feels a strong attraction to. He was asking Raul for advice because he was scared what people would think about him with someone older. I’m sorry, but when I saw a picture of him they looked the same age. This kinda jarred me. Were we really sitting here having a conversation about not pursuing something because you’re afraid of what other people would think? I thought as you got older you stopped caring about silly things like that, but here I was with a very concerned 43 year old man. Honestly it kind of scared me. What if I’m a single 43 year old male afraid of what other’s will think and I’m so self conscious about it that I don’t pursue something that could be a wonderful relationship? Please God don’t let that be me.

After the haircut we finally got to eating. I stuffed my face on sushi, and when the bill came he pulled out his card. I casually said “Oh I have my card too” thinking he would stop me. He swooped at that opportunity and we split the check. That is not what I wanted to happen, because I would not drop $30 on sushi for myself. I am a poor boy and I regret trying to be nice.

After sushi we got Yogurtland, which he thankfully paid for. Not that I couldn’t afford it, but my wallet was still hurting from that damn sushi. He made us walk there in the freezing cold, and I regret not wearing a jacket because I was trying to look good. I may not have been interested going into this, but I always want to look good. While walking I saw graffiti that read “UCLA” and my mind immediately went back to Shay. Was he ever going to go away?

He walked me to the car and then proceeded to try and ask me out again. I gave some sarcastic reply and never really answered his question. He kissed me on the cheek and I was off towards my apartment. He text me saying he hopes to make me dinner next time, and I didn’t reply. I’m just not ready to date someone, and when I am, I want it to be with someone I am crazy about. No more settling, because in the end, it just hurts me.